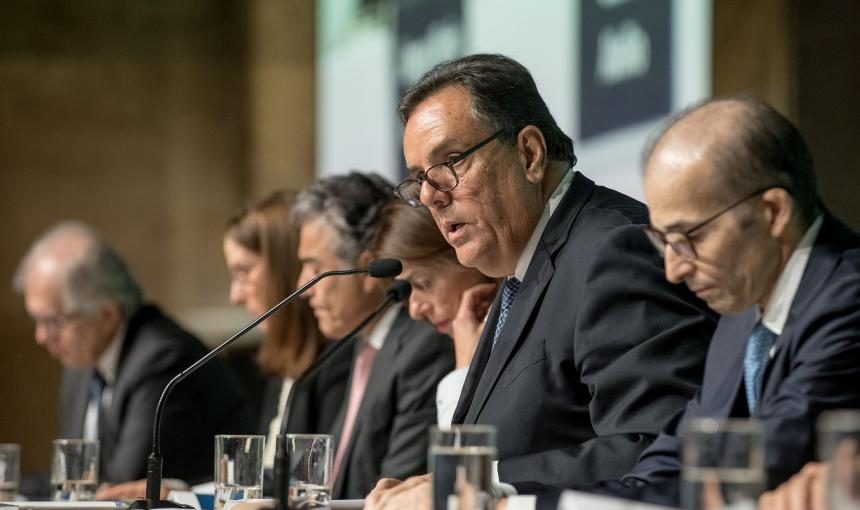 Medellin. Grupo Argos, an infrastructure investment matrix, maintained a positive result during 2018, achieving a consolidated net profit of COP 233 billion in the second trimester of the year, representing an increase of 8% compared to the same period of 2017.

In this trimester, incomes reached COP 3.6 trillion, with a growth of 1% compared to the previous trimester, thanks to the positive contribution of the three strategic businesses. This, added to the disciplined work around efficiency, has resulted in a growing consolidated EBITDA of COP 891 billion and an EBITDA margin of 25%. In the final semester, incomes totaled 6.9 billion.

“These results confirm the positive trend of our business with an increasing EBITDA for the fourth consecutive trimester, the result of systematic work in operational efficiency and good dynamics in most of the geographies and businesses in which we operate. We are pleased to accompany this economic result of contributions in sustainable development, with initiatives such as the first release of green bonds from the real sector, issued to finance solar generation projects, and the more than 3 million trees planted by the companies of Grupo Argos in the last two years. ” says Jorge Mario Velásquez, President of Grupo Argos.

In this period it is also highlighted that the net profit of the controller reached COP 119 billion, which represents an increase of 13%, compared to last year. These results have been achieved thanks to a positive optimization management of the capital structure of the Business Group, with operations managed during the last trimester for about COP 1 billion, which include the reduction of the level of debt of Celsia, the prepayment of commercial papers of Grupo Argos and the release of commercial papers of Cementos Argos, among others.

In terms of business performance, several milestones are highlighted. In Odinsa, a subsidiary of highway and airport concessions, the advances in the 4G Pacific II highway stand out, which at the end of July was already close to 50% of execution, ahead of the initial schedule. In the same way, the 3% increase in the number of passengers in airport concessions, especially supported by the highest international traffic at El Dorado airport should be noted.

Meanwhile, our Energy business did the first green bond release in the real sector, giving COP 70 billion, of a global quota of COP 420 billion, to finance the solar generation strategy, where projects such as Celsia Solar Yumbo, Celsia Solar Bolivar and two mmore solar fams, are located. These initiatives will add 186 MW of clean energy to the country and prevent the emission of more than 3,440 thousand tons of CO2 in the next 30 years.

On the other hand, for our Cement business it is worth highlight the positive results in the United States regional, which records the highest generation of ebitda in its history, with a notable recovery in the markets of Texas and Florida, with double-digit growth in concrete and cement volumes, which compensate for the slight 2% drop in the Colombian market.

Concessions In the second trimester of 2018, the average daily traffic in the Company's road concessions remained at 72 thousand vehicles, levels very similar to those reported in the same period of 2017. The number of passengers attended at the airports operated by Odinsa reached 9.2 million people, for a total growth of 3% over the same period of 2017. As for international passengers, who pay a higher airport fee, the growth represented 4%. These numbers caused incomes to reach COP 217 billion, EBITDA at COP 127 billion and net income at COP 31 billion.

Cement. Income for the second quarter approached COP 2.2 billion, which translates into a growth of 1.4%, year by year. Likewise, the company obtained COP 404 billion of operating EBITDA, 5.9% more, and reported an adjusted EBITDA margin of 18.5%. On the other hand, the net profit of the first half of the year was COP 53 billion. The release of Argos One stands out during this trimester, a platform that integrates all its digital services, designed with the purpose of providing the best solutions to customers, as well as the successful succession process of the Vice President of the United States Regional, with the designation of Bill Wagner, American, with more than 25 years of experience in the sector.

Energy. Incomes were COP 821 billion, with an increase of 10% compared to the previous year, while, in the accumulated of 2018, incomes are close to COP 1.7 billion with a growth of 12%. In the second trimester, EBITDA was COP 269 billion and reached an EBITDA margin of 33%. During this period, the construction progress of the Celsia Solar Bolívar farm stands out, with the beginning of the installation of the more than 6 thousand structures on which the 32 thousand photovoltaic modules will be installed. In addition, in the new businesses, the sunroof of the Cartagena Convention Center was delivered.

Real estate. In the real estate development business, the cash Flow for the trimestre stands amounts to COP 16 billion, of which COP 14 billion corresponds to the sale of lots. With respect to the real estate rental business, this has had effective annual performance of 6.9% and continues to increase the gross leasable area that, by the end of the second trimester, ascended to 721 thousand square meters, with an increase of 40% year by year.