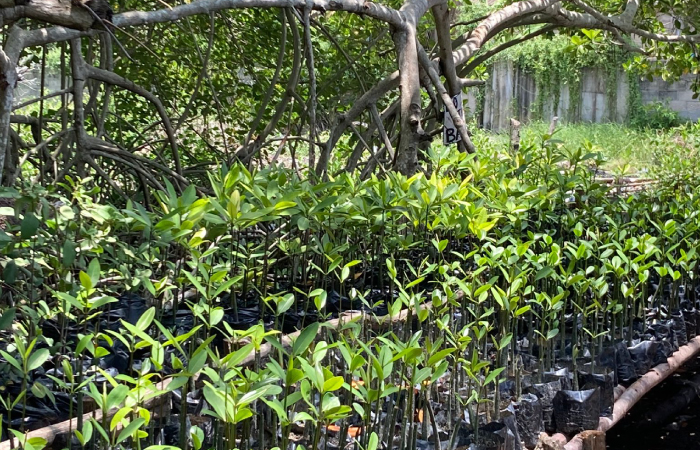 Grupo Argos Foundation will close the year with the planting of 180,000 mangrove seedlings in Sucre and Bolívar

Grupo Argos Foundation this week will reach a total of 180,000 mangrove seedlings planted in Bocacerrada, Sucre and in Barú, Bolívar, only during 2021, a program that is being carried out to strengthen the strategic role of the mangrove ecosystem in the conservation of biodiversity, the capture of carbon dioxide and in the quality of life of the inhabitants of the coastal areas.

These plantings will allow the restoration of 41 hectares of mangrove swamp and are in addition to the efforts that Fundación Grupo Argos has been carrying out since 2019 in the area, where more than 250,000 seedlings have been planted to date. This project also contemplates the involvement of local communities through environmental education workshops and the generation of income for around 90 people.

“We proudly celebrate the mangrove restoration efforts advanced this year and that will allow us to recover a strategic ecosystem for the Colombian Caribbean Coast with high environmental and social benefits. It is worth noting that these plantings are carried out within the framework of our Sembrando Futuro program, with which since 2021 we are planting more than 1 million trees each year”.
María Camila Villegas – Fundación Grupo Argos Operational Director

The mangrove ecosystem, although it only covers 0.5% of the planet’s marine surface, has the capacity to capture up to five times more carbon than tropical forests, which is why it plays a fundamental role in mitigating the effects of climate change. The Grupo Argos Foundation investment in this project amounts to about COP 900 million and has allowed the restoration of more than 50 hectares of mangrove swamp since 2019.

Learn more about this program with the following video: