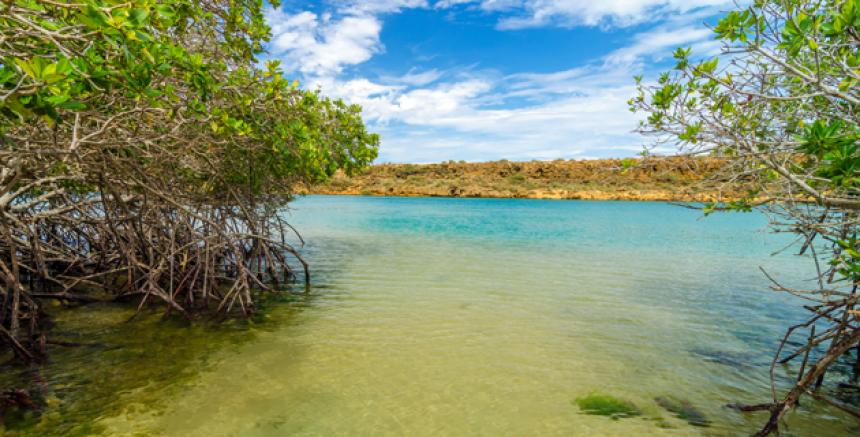 Fundación Grupo Argos will restore 28 hectares of mangroves in Sucre

Fundación Grupo Argos, in alliance with Fundación Canal del Dique COMPAS, ONF Andina and the community of the Bocacerrada, Sucre district, will restore 28 hectares of mangroves with the planting of more than 70,000 seedlings produced in La Esperanza community nursery. A total of 90 families from the region participate in the project, which will carry out the assembly of plots to facilitate the measurement of blue carbon capture.

“Mangrove forests are highly productive ecosystems, ecotranspirators, flood absorbers, erosion protectors and wildlife refuge areas. From Fundación Grupo Argos we are promoting restoration with the purpose of continuing to develop high-impact environmental conservation projects. With this initiative we contribute to these social values ​​that are strengthened when working as a team, from the construction of social fabric and the recognition that is strengthened with participatory and community processes”, said Ana Mercedes Villegas, director of Fundación Grupo Argos.

Among the countless ecosystem functions of mangroves, its enormous capacity to capture and store carbon dioxide (CO2) in the form of organic carbon, which is known as blue carbon, stands out. Ecosystems that capture and store this type of carbon capture in one year the carbon equivalent to almost half of the emissions produced by transport worldwide.

This project, which began in June 2019, also seeks to train local communities in nursery, restoration and monitoring, to open and maintain pipes or canals for soil washing and restoration of water dynamics, as well as to develop the Environmental awareness component of Fundación Grupo Argos with the educational community in the area.

For Alejandro Quintero, community leader of Bocacerrada and participant of the workshop of socialization and prioritization of areas to be restored “this project means a lot because it increases our knowledge of the mangrove that is a fundamental ecosystem for us. With this initiative we can understand that the community nursery does not only mean sowing and selling, it means an important cultural change for the community, which increasingly learns more about the importance of caring for nature. ”

From its design and planning, this project is conceived as an opportunity to involve the participation of the community that has been strengthening for two years the community nursery La Esperanza, where 90 families currently work in the planting and maintenance of 21,000 red mangrove seedlings.

Why is blue carbon important?

When talking about carbon sequestration from the atmosphere, two types are known: green carbon, which is captured by terrestrial forests, and blue, by marine plant species.

Ecosystems that capture and store blue carbon cover less than 0.5% of the planet's marine surface, but capture three to five times more carbon than terrestrial ones and retain it for ten times longer.

These ecosystems contribute to climate change mitigation and adaptation to its effects. Likewise, its vegetation cover dissipates wave energy, controls erosion and dampens the impacts of sea level rise.